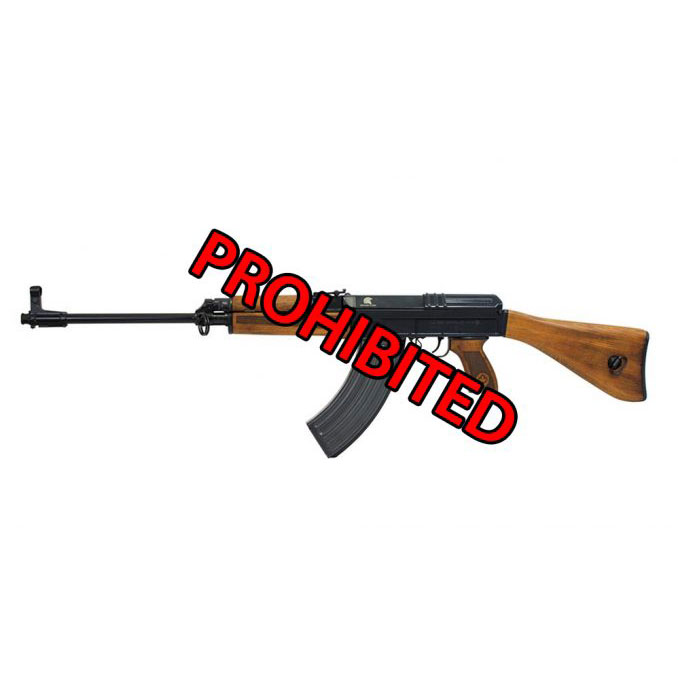 Well what do you know, we are at it again.  The RCMP has again prohibited a firearm for looks and not fact and are also making up new laws while doing so.  The RCMP need to be put in their place as a law enforcement agency and NOT a law making one.  This kind of thing should not be happening in this country.  Problem is with the Liberals “new” gun control laws coming soon I have a feeling this is only the beginning as they want to give MORE power to the RCMP.  Please read the original article below.

In a move by the RCMP, the latest shipment of special edition CZ858 Tactical-2P “Spartan” rifles have been declared prohibited as “converted automatics”.

The rifles, which are a special-production run for Wolverine Supplies, feature a Greek helmet and the text Molon Labe in Greek letters – a common phrase of defiance that translates to “Come and Take Them” – etched into the breech block receiver and wooden butt stock. It also sports a Canadian maple leaf on the pistol grip and handguard.

According to the Regulations Prescribing Certain Firearms and Other Weapons, Components and Parts of Weapons, Accessories, Cartridge Magazines, Ammunition and Projectiles as Prohibited, Restricted or Non-Restricted the CZ858 Tactical-2P rifle is legal. However, the RCMP claims that these particular examples of the Tactical-2P are not the same because the Molon Labe, Spartan, and Canadian maple leaf markings are not on the original – thus these are “CZ858 Tactical-2P Spartan Limited Edition Proofed 2007 Or Later”, which is not specifically named as an exemption according to Regulations.

The RCMP FRT entry also states that the “‘CZ858 Tactical-2P’ firearm proofed 2007 can be converted to a fully automatic firearm in a relatively short period of time with relative ease”.

This is an egregious attempt by the RCMP to prohibit completely legal firearms with a “gotcha” technicality by attributing a new model name to the firearm based upon the furniture of the rifle and claiming that new model name is not exempted by the Regulations in addition to utilizing the same “converted automatic” tactic they had used in 2014 to originally prohibit all CZ858 rifles, a decision that was overruled by then-Public Safety Minister Steve Blaney who has announced his consideration to run for leader of the Conservative Party of Canada.

Wolverine Supplies is currently seeking legal advice and is offering full refunds to anyone who has pre-ordered the affected rifle. The FRT Report  can be found below.