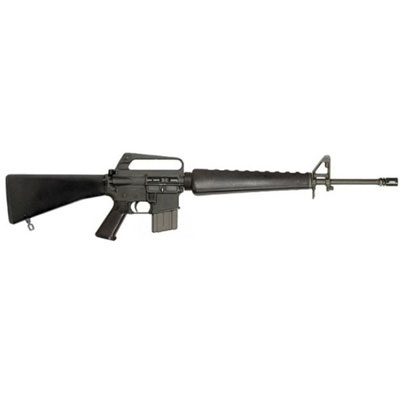 Mr. Rader states that “We recognize that hunters do not need assault rifles to take down deer.”

So hunters can use a .223 semi-automatic rifle just so long as it doesn’t look scary? The only difference between the AR15 rifles available in Canada and a common “hunting” rifle is the color and the ergonomics. Many deer/varmint hunting rifles use the same cartridge and other rifles are much more powerful. AR15 rifles in Canada (and actually the majority of the U.S.) are semi-automatic only and do not have a full-auto capability. They may look less “traditional” than other rifles but function just the same.

We see them more because they are comfortable, adaptable, accurate, and reliable. Many non-hunters use them for sport target shooting. It is the most common rifle used in action shooting sports and many target sports participated in around the world.

Magazine regulations in Canada require pinning to five or 10 rounds depending on pistol or rifle use. The only exception to this was .22 rimfire cartridges. Despite the fact that these pins could be easily removed with a drill, it is against the law, something ignored by gangs and criminals. The new regulation means that thousands of owners of these 10/22 magazines could now be considered criminals and have to give up their property with no compensation because someone, somewhere, signed a paper. No consultation, no warning.

The overbearing bureaucracy of the Canadian firearms program and its associated laws is tiresome to firearms owners who are not a problem in the first place. How did Canadian survive the 1970s when you could go hunting with a pistol or AR15! In fact the original purpose for the AR15 was hunting and target shooting. The military only adopted it a decade after its first production.

Allowing the RCMP bureaucracy to regulate firearms without any transparency or means of protest by users and importers is wrong. Classifications and bans on firearms and accessories based on looks have gone too far. If owners are to trust the RCMP or government with regulating firearms then there must be accountability and transparency in the process. Banning things ‘just because” is not a reason, much like pro marijuana groups proclaim about their cause. Pens don’t misspell words, spoons don’t make you fat. People are responsible for the bad things they do.