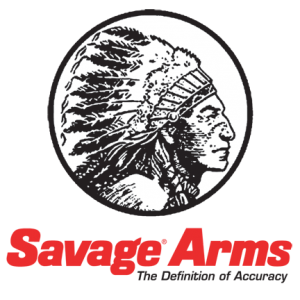 The Rich yet Turbulent History of Savage Arms

The famous US-based firearms manufacturer Savage Arms has a lot of history behind its back. Its founder, Arthur Savage, was born in 1857 in Kingston, Jamaica. In 1893, he moved to the US and started designing and manufacturing firearms. Initially, he had no engineering skills or background, but after an apprenticeship with a local manufacturer, he began developing his own parts and arms, including a rotary magazine and a hammerless lever rifle, which later became the popular Savage 99. Moreover, in 1908 he designed a .45 calibre pistol that competed with Colt’s product for the US military trials. And although he lost, Arthur Savage continued manufacturing arms, including the .380 ACP and .32 ACP pistols designed for personal protection.

With time, Savage Arms became one of the largest sports arms manufacturers in the world. During the First World War, he manufactured small arms for France, Portugal, Canada, and the US, as well as aircraft machineguns. After the war was over, Arthur Savage further expanded his business with the acquisition of J. Stevens Arms and A.H. Fox in 1920 and 1930, respectively.

The Company during the Second World War

Despite Arthur Savage‘s death in 1941, the company continued to thrive and produced nearly a million and a half Thompson submachine guns during World War II. It converted its factories to address the demand for heavy munitions, which led to great financial success. However, a number of wrong choices by the company’s new executives led to significant setbacks and in 1988, Savage Arms even filed for bankruptcy protection.

Under The Presidency of Ronald Coburn

That very same year, Ronald Coburn became the new president of the company. Mr. Coburn managed to quickly turn the things around and in 1990; Savage Arms was once again financially stable, although downsized. The company developed numerous new products, improved the materials used for the manufacturing of its arms and created more high-tier rifles. In the 1990s, the company invented and patented the SNAIL shooting range system, which was later adopted by almost every firearms manufacturer, shooting clubs and law enforcement agencies in 15 countries, including the US.

Savage Arms‘ history is long, rich and turbulent, but the company has stood the test of time, and it is now one of the most respected firearms manufacturers out there. Despite the saturated competition in the firearms market, Savage Arms continues to exist and prosper, developing revolutionary technologies such as the AccuTrigger and AccuStock and offering its clients some of the most advanced and carefully designed firearms.