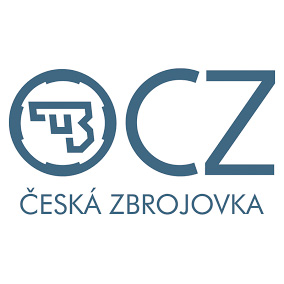 The Quick History of CZ Firearms – Originally founded as Austro-Hungarian artillery in 1918, the factory originally went from repairing railway cars and military rifles to developing and producing their own small arms. The assembly of the rifles that replaced the German Mauser rifles began in the year 1924. By the year 1925, the buildings were used to produce rifles, machine guns, and cars. In the 1930s, they started producing portable typewriters under the Remington license.

CZ Firearms also known as CZUB was created in June of 1936 as a branch of the Ceska zbrojovka armament in the town of Uhersky Brod in Czechoslovakia. The decision to create this branch was made because of the power that was beginning to rise in the German Nazi expansion. This was made clear after Hitler’s remilitarisation in Rhineland. The factor was built in only 16 weeks after the decision to create and establish the branch was made.

Why do CZUB Firearms bear the BRNO marking?

After the Second World War, manufacturers of firearms were all managed together by a central agency which required those firearms to have the BRNO marking if they were to be exported. This is why many firearms of the CZUB name have these markings. During this time when there was communist control, production of firearms, and ammunition was all controlled by one single agency. This is why the firearms may appear to have the BRNO marking. Today, however, in the free market, companies are allowed to trademark their own firearms, allowing for a more balanced market.

During the Cold War, the CZUB manufacturer created a variety of military small arms which also included assault rifles, submachine guns and more. In the year 1991, the weapons factories in the Czech Republic were all de-centralised and began to offer this as a free market. In 1992, Ceska brojovka became a private company and has now established their smaller arms presence in around 90 different countries, including Canada in the Year 1997. They have continued to expand into the military, police, and recreational firearms market.

The company name has not always focused on firearms as you can see. In fact, in the 1940s they began production of motorcycle engines and tractors. But sporting and hunting firearms were also introduced during this time as well.

The structural change in the 1990s transformed the CZ Firearms company into a joint stock company which allowed for a stronger, much more reliable concentration of company owners. If history tells us anything, the most successful and best quality firearms are produced and manufactured from companies that not only specialised in firearm production but the production of car parts and motorcycles. This helps to create a more all around, balanced firearm production. CZ has a great name in Canada. But the RCMP and Liberal government tents to try and stifle the importation of some CZ firearms.