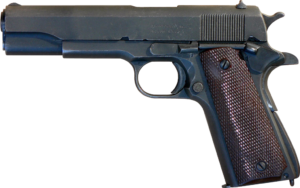 Quick History of the 1911 Pistol

If you are an owner of a firearm, the more you know about their history, the legacy and the functions, the better. Getting to know your firearm as much as you can allows you to truly understand the device, and within which situations it has been used earlier. History of the 1911 and its origin is tied to John Moses Browning, who is known as the creator of not only 1911 handgun, but also several modern and unique firearms. It is designed in a way that closely follows all the protocols and requirements of USA Army at the time, which was at war with the Philippines when the firearm was created. The popular .38 revolver that they used during that time deemed not entirely capable of a stopping an attacker quickly, which is how the idea for this .45” calibre cartridge came, and John Moses introduced this powerful handgun to US Army.

The selection process included several other similar firearms, but Browning’s 1911 design ended up getting selected. When the gun was being produced in bulk, it is said that he personally attended in the production process and supervised in getting each and every single gun in the superior quality that he initially intended for the guns to be. Every part of the gun was carefully produced to make it the best handheld gun at the time. The torture test for the guns included having one gun in each and every batch fire 6000 rounds. The pistols were tested in different conditions and with deformed cartridges, with full ones, etc. Some of the guns were left to rust, dipped in mud and faced to a plenty of such difficult scenarios to check its compatibility in severe situations during the war. 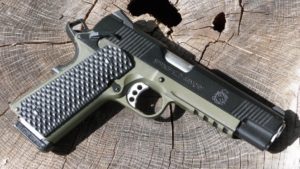 Most would say 1911 handgun is reliable, (there is debate on this)  it is enduring, easily disassembled and replaced along with pinpoint accuracy. On 29th, March 1911, this model was officially selected as the sidearm for US forces and was named Model 1911. The design of the pistol has not been changed over the years. However, there are minor differences such as crescent-shaped cuts behind the trigger which were introduced later on. The trigger has been shortened over time for a better grip of the body. Until WW II this firearm was used commonly by the US soldiers. After WW II this model was adopted by many armies around the world as a common tool within their forces due to the fine design and usability. 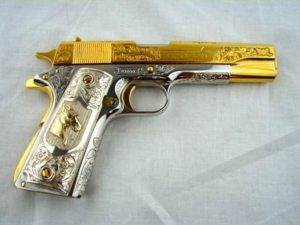 There have been a few variations of the gun over the years. Colt introduced a “government” version of this pistol in later years with an aluminium frame which became popular due to even shorter body design with a 4.25” barrel. Additional safety methods were also adopted in later designs, and so many years later Model 1911 pistol is still doing really well and there are many manufacturers producing the firearm.