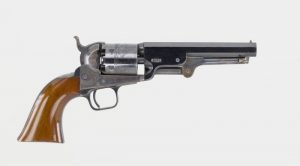 When it comes to firearms, Colt is perhaps one of the names that will definitely ring a bell. The genius behind the company, Samuel Colt, has been credited for the introduction of a firearm that can be able to fire without the need for reloading. Its firepower advantage has been recognised in many applications, especially when it comes to law enforcement and police force. Even after the death of its founder, Colt Manufacturing has remained to be a name that is hard to rival and is iconic in more ways than one. Keep on reading and we will have a glimpse of its rich past. 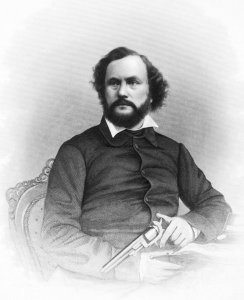 The Man behind the Name:

Taking a look at the history of the company will not be complete without knowing the person behind its success. Samuel Colt, originally from Hartford, Connecticut, was born on July 18, 1814. The idea was conceived during the time he was working as a seaman. He created a wooden design to have a representation of the product he has in mind, but it was not well-received. From such time, he spent time doing his research to improve the design of the revolver he was creating. In 1836, his first plant was opened in New Jersey. This was also the time he was able to obtain a patent for his firearm that is equipped with a revolving cylinder.

Success and Failures of the Company:

The business has been rough for Colt, especially during the first few years of its operations. In 1851, Colt opened its plant in England, which is a signal of expansion. In 1855, they have built their armoury in Hartford, which, at that time, has been producing 150 firearms daily.

In 1862, Samuel Colt died. This, however, does not lead into the dissolution of the company. Its operations continued under the supervision of his wife, Elizabeth. For several decades, the company has operated in her hands. Until 1901, Colt Manufacturing had been run by the family, until it was sold to a group of investors.

In the 20th century, Colt has built a relationship with the United States. The Colt 45 semi-automatic weapon has been popular during the World Wars I and II. However, by the end of the war, the US expressed decreased confidence over the aging facilities of Colt Manufacturing, and hence, their orders declined.

In 1955, as a response to the financial deficit the company experienced, it merged with Penn-Texas Corporation. In 1960, they introduced the M-16 full-automatic rifle, which allowed them to regain the confidence of US and their weapons have been used during the Vietnam War. In the end of 1960s, more than one million M16s have been produced and became a staple among soldiers from the U.S.

In 1994, Colt Manufacturing was bought by Donald Zilka. Up to this day, it operates under Zilka and Co., which has been proactive in maintaining the legacy of Colt.