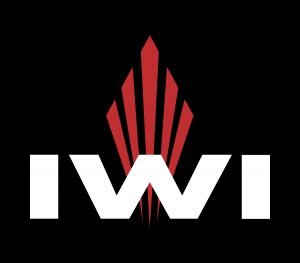 Israel Weapon Industries also known as IWI is a world leader in production of small arms and has been operation for at least seven decades. The company is a member of the SK Group, which is formed by a number of companies that manufacture military weapons for government agencies, armies and security companies around the globe. IWI was previously known as Magen division which operated under the Israel Military Industries Limited, which manufactured weapons in Israel. The company was renamed to IWI after the small arms division of the Israel Military Industries was privatised.

Israel Weapon Industries has had a reputation in the past for production of the NEGEV light machine gun and GALIL ACE family of weapons. The company has been a very big statement in the pistol industry since it was founded in 1933. The company was owned by the State of Israel until the year 2005 when the company was privatised. The Israel Weapon Industry has produced a variety of small arms that have in the past received great response by law enforcement agencies.

For many years, IWI has been famous for selling some of the best weapons in the arms industry. The company has been prominent in production of high-quality weapons since the end of World War 2. A popular small arm is the UZI, which has sold over 10 million units. The company has also produced good sniper rifles in the past. From the 1960s the Israel Weapon Industries has produced arms for the law enforcement agencies in many countries. Other weapons under Israel Weapon Industries are the Jericho 942 (semi-automatic pistol), Tavor series of rifles and Barak handguns which have been used in the past and are still in use today.

Israel Weapon Industry has also offered training against terror to people of Israel in the past, and the training is still ongoing. Also, the company trains other security agencies from various organisations around the globe. Another historical milestone of the company was the collaboration with the Metropolitan College of New York. The partnership resulted in a degree in public administration that also covers emergency and homeland security. IWI hosts a seminar on anti-terrorism and emergency response that trains security experts from various countries in the world. In the past the Israel Weapons Industry has provided emergency response within Israel and outside the country borders. The company has revolutionised small arms world and continues to do so today.  IWI also has a a division in the USA, where such rifles as the Tavor are produced for the American market.